The Colors of Music in the World, third date with Klyo Music at AbanoRITZ

Il Sito delle Donne13 March 2018Comments Off on The Colors of Music in the World, third date with Klyo Music at AbanoRITZ 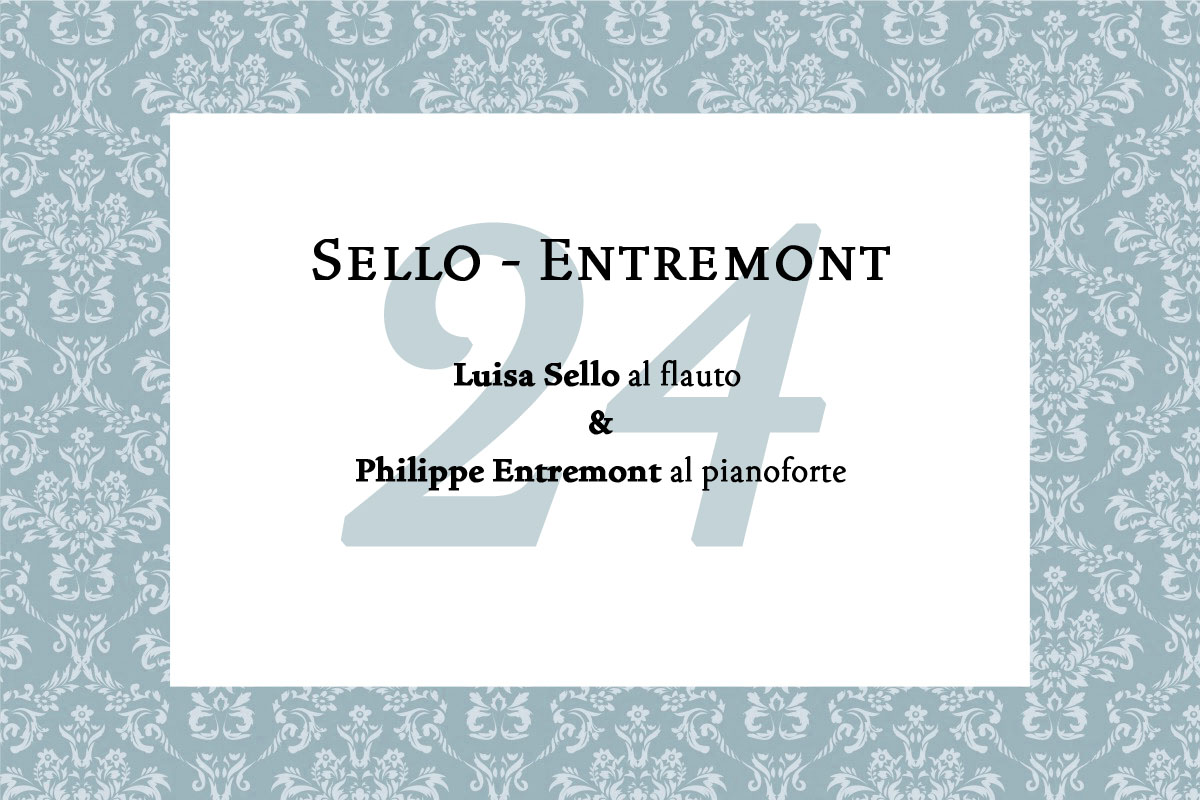 Third event of The Colors of Music in the World: Tuesday, April 24th at 9.15 pm in Sala degli Specchi at AbanoRITZ for the concert for piano and flute, in cooperation with the Klyo Music association.

Protagonists of the evening Philippe Entremont at the piano and Luisa Sello at the flute.

Flautist of the international scene with an intense solo activity in Europe, the Far East, United States and South America, she is a guest of orchestras such as the Wiener Symphoniker, the Salzburger Kammerorchester, the Miami Great Symphony Orchestra, I Virtuosi Italiani.

An eclectic and innovative artist, her repertoire embraces different eras and art forms, in a path she conceived as a performer, author and director, finding unanimous consensus for “class, elegance, presence, talent, emotion“.

She has worked with the Orchestra of the Teatro Alla Scala di Milano under the Riccardo Muti‘s direction and she has played alongside Alirio Diaz, Trevor Pinnock, Edgar Guggeis, il Nuovo Quartetto Italiano, lo Jess Trio Wien.

Ambassador of Italian music in the world, she is among the artists supported by the Ministries of Foreign Affairs and Cultural Activities.

Professor at the Trieste Conservatory and visiting professor at the University of Vienna and Graz, she is regularly invited to Academic Institutions in Japan, China, Argentina, USA, Russia, Austria, Germany, Spain, Estonia. She recorded for Stradivarius, one of the European discographic excellence, and for Beijjing Honhchen Millennium & Art in China.

Luisa Sello studied in Paris with Raymond Guiot, first flute of the Opera, and she was one of Severino Gazzelloni’s favorite pupils who wrote her “quality of the highest order: technique and sound of excellent level, combined with a magnificent interpretive sensitivity “.

After the success of “Pierrot Solaire”, winner of the Special Start Cup 2008, and “Canto per la vita”, commissioned for the 2008 Unesco Prize, she is now working on the projects “Bach, eternal music” and “Quadri di colore”.

Philippe Entremont’s exceptional career began when he is 18 years old and he made himself known internationally with his debut at Carnegie Hall in New York, where he performed the Piano Concert by André Jolivet and the Piano Concert n. 1 by Liszt. He will direct the largest symphony orchestras in Europe, Asia and America and he will work with the most important soloists in the world, both instrumental and vocal.

He has conducted European and American orchestras and performed piano and chamber music concerts. A world tour between 2010 and 2013 gave him the opportunity to perform numerous orchestral tours; in the 2010-2011 season he was named the Lifetime Laureate Conductor of the Munich Symphony Orchestra.

He is an active teacher as well as maintaining an intense program of concerts, in fact he has been president of the Maurice Ravel Académie and has held the position of director of the Fontainbleau’s American Conservatory. He contributed decisively to the creation of the Chamber Orchestra of the École Normale Supérieure de Musique de Paris – A. Cortot, of which he is currently in charge.

Being one of the most recorded artists in history, all the Piano Concerts performed by Philippe Entremont and recorded by Sony Music, have been reprinted in a 19 CD box set.

Each concert of the festival takes the listener to traditional melodies, classical repertoires and contemporary experiments for a rich and varied musical offer that, with its universal language, brings together Italian and international guests in an exciting meeting that overcomes language barriers.

The concerts are made in cooperation with the Klyo Music Association.