“The piano concentrates and summarizes within itself all the universal art.”

After the reopening of the 13th of August, we also resstart with the classical concerts of Mondays and on the 31st of August we start again with our affectionate Luisa Sello accompanied by a great artist, an exceptional guest, a pianist of international fame: Philippe Entremont. 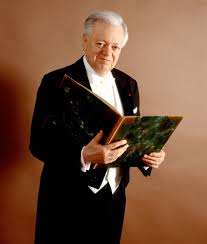 Philippe Entremont born in Reims, France, on the 7th of June 1934, from a pianist mother pianist and a violinist father as well as conductor at the Grand Théatre de Reims. Son of a gun, then. But his exceptional career began at the age of 18 with a great success at New York Carnegie Hall playing André Jolivet’s Piano Concert and Franz Liszt’s Piano Concerto n.° 1. Since then, continuous successes put him on the podium for over 40 years as one of the greatest international pianists as well as a conductor.

After being the main proponent of the world tour with the Vienna Chamber Orchestra, he conducts several symphonies in the United States, in Paris and in the Netherlands. He also founded the biennial Santo Domingo Music Festival.

In 2008 Philippe Entremont was one of 10 pianists to play at the Beijing Olympic Games with Piano Extravaganza of the Century.

Then he continued his world tours with several orchestras including the Munich Symphony Orchestra, of which he became conductor for life. He is also President of the Maurice Racel Acadèmie and Director of the American Conservatory of Fontainbleau, formally managed by Nadia Boulanger. We also find it in the jury of different competitions such as ARD Munich, Santander, Chopin in Warsaw, Van Cliburn, Leeds and other cities.

Philippe Entremont is among the most recorded artists in the history: all his concerts have been re-edited in a series of 19 CDs by Sony Music.

Commander of the Légion d’Honneur, Commander of the Ordre National du Mérite, Commander of the Arts and Letters in France, Honour Cross of the Order of Merit and in the Sciences and Arts in Austria. A man full of qualities and merits recounted in his autobiographical book “Piano, ma non troppo” published in 2014 by Editions de Fallois in Paris.

Our special offers for you!