Vacanza attiva20 April 2018Comments Off on River excursions between Padua, Venice and Rovigo

The waterways between Padua and Venice 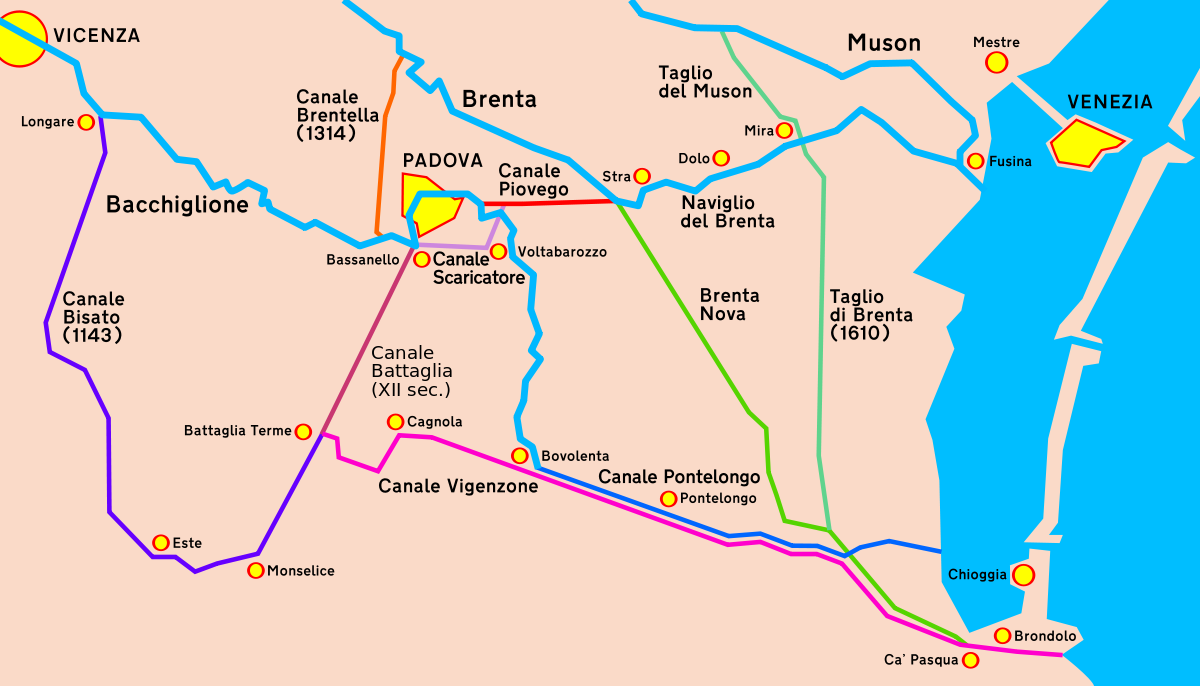 The fluvial navigations possible in our territory are really many starting from boat trips to Padua, along the Brenta Riviera and in many other waterways such as the Euganean Riviera (Battaglia and Bisato canals), the ancient road that runs along the Natural Park of the Euganean Hills. The Padua Province of Padua with the Euganean Hills and the Thermae Abano Montegrotto, in fact, is the only area in the Veneto region that presents such a wide and diversified offer of navigable river itineraries.

Also the so-called Polesine area, corresponding to the province of Rovigo, thanks to its territorial conformation due to the great presence of rivers, presents not a few practicable routes that show all the particularity of the surrounding area.

The navigable routes of both areas are accompanied by routes to do by bike, on foot, on horseback, acrobatic routes that are present among the initiatives planned in our Easy Activities. Also very interesting are the activities with Lovivo Tour Experience that can be viewed below.

The fluvial routes of Padua and the province, up to Venice

Entirely crossed by a pleasant canal, Padua rediscovers today, as in the past, in its navigable canals, the artistic, historical and naturalistic beauties of the territory. The shipping companies make boat trips both day and night along the internal canals of Padua like the Piovego, or longer (full day) along the Brenta Riviera to discover the majestic Venetian Villas, from Padua to Battaglia and Monselice, or navigations through the naturalistic landscape of the Bacchiglione from Padova to Saccolongo and from Pontelongo to Chioggia.

Along the Euganean Riviera
Interesting boat navigation on traditional wooden boats, from Padua to Monselice (and the other way around). An ancient route between the Venetian Villas and Castles loved by Francesco Petrarca, who was attracted by the beauty of the places, loved to compose his rhymes, while sailing the Naviglio of Euganean Riviera (Canale Battaglia), to reach his vineyard of Arquà. Along this route you can rediscover what are the places of the ancient communication route of the Euganean Hills and the Euganean Thermal Basin.

Along the Brenta Riviera
Famous around the world the navigation by boat from Padua to the Venetian Villas of the Brenta Riviera with the Burchiello. Once the boats were burchielli called burci and, navigating along the historical route of the ancient Venetian burci of the ‘700, the journey begins in Padua to overcome shortly after five gates that allow descent a water drop of about 10 meters. We continue to meet ten revolving bridges and end in Venice, in Piazza San Marco. As in the past, even today Il Burchiello, which has become a major tourist service, retraces the Brenta Canal from Padua to Venice and the other way around; heir of the ancient traditions, it plows the waters of the Brenta with slow pace, while the guides on board illustrate the history, culture and art witnessed by the Brenta Villas. Mini cruises are made starting from Venice or Padua and stopping in the most beautiful and famous villas linked to famous names such as Palladio and Tiepolo for a guided tour of the interior. Along the way, the Burchiello stops in the three most beautiful and important villas: Villa Pisani, Barchessa Valmarana or Villa Widmann and Villa Foscari known as the “Malcontenta”. The programs include navigation from Padua to Venice (Padua, Stra, Dolo, Mira, Oriago, Malcontenta, Fusina, Venice) or from Venice to Padua (Venice, Fusina, Malcontenta, Oriago, Mira, Dolo, Stra, Padua) and guided internal visit of some Venetian Villas, famous summer residences of the 18th century Venetian nobles, rich in frescoes.

Navigate by boat in Padua city
Pleasant navigation along the canals of the historic center of Padua, between the greenery and the ancient Renaissance walls. Night mini cruises are also organized to spend an evening in a different way, under the moon’s rays, slowly plowing the Piovego river and discovering an unusual, silent Padua, following the perimeter of the walls.

Along the Bacchiglione
An evocative naturalistic fluvial path, between the luxuriant green and the intricate vegetation, the navigation from Padua to Selvazzano, along the river Bacchiglione by boat and motorboat. The meandering path is composed of tight riverbanks and thick banks of willows, poplars, plane trees and alders.

Along the Brentella Canal
Naturalistic navigation by boat between the thick vegetation and the fast flow of water.

The Polesine is narrow between Adige and Po, but in its territory there are other watercourses that characterize it and make it a unique place. In addition to the two major rivers, the Tartaro-Canalbianco, the Adigetto, derivation of the Adige, the Ceresolo, artificial canal used for irrigation along 50 kilometers and a dense waterways of drainage canals. No land, like Polesine, has been designed and shaped by rivers; absolute protagonists of its history and unique ways of communication up to the Industrial Revolution, thanks to them were born and flowered different civilizations from the Bronze Age to the Republic of Venice.

The fascinating history of the man who struggles to get rid of water has already begun in the time of the Etruscans and has evolved over the centuries thanks to Benedettini, Estensi and Venetians. To discover it, just visit some artifacts of industrial archeology turned into museums such as the Ca ‘Vendramin dewatering plant in the town of Taglio di Po or the Septem Mària Museum in Adria. The Museum of the Grand Rivers in Rovigo in Piazzale San Bartolomeo, inside the Olivetan Monastery, collects archaeological evidence from the Polesine delta area through an innovative and spectacular set-up.

The river in Polesine is therefore an absolute protagonist, a place to live intensely, on foot, by bike, by boat, on horseback. The Polesine waterways represent an important visit opportunity for those who want to experience the Polesine in its entirety, fully grasping its most authentic soul. Thanks to the numerous river berths it is also possible to visit the small coastal towns and maybe stop for a picnic in one of the many equipped floodplains. The many cycle paths along the embankment roads offer visitors the opportunity to enjoy breathtaking views.

Volcanei Wine is back: the best wine production from Volcanic areas. The third edition at Lispida Castle. Next post