The European Patent of our Mud 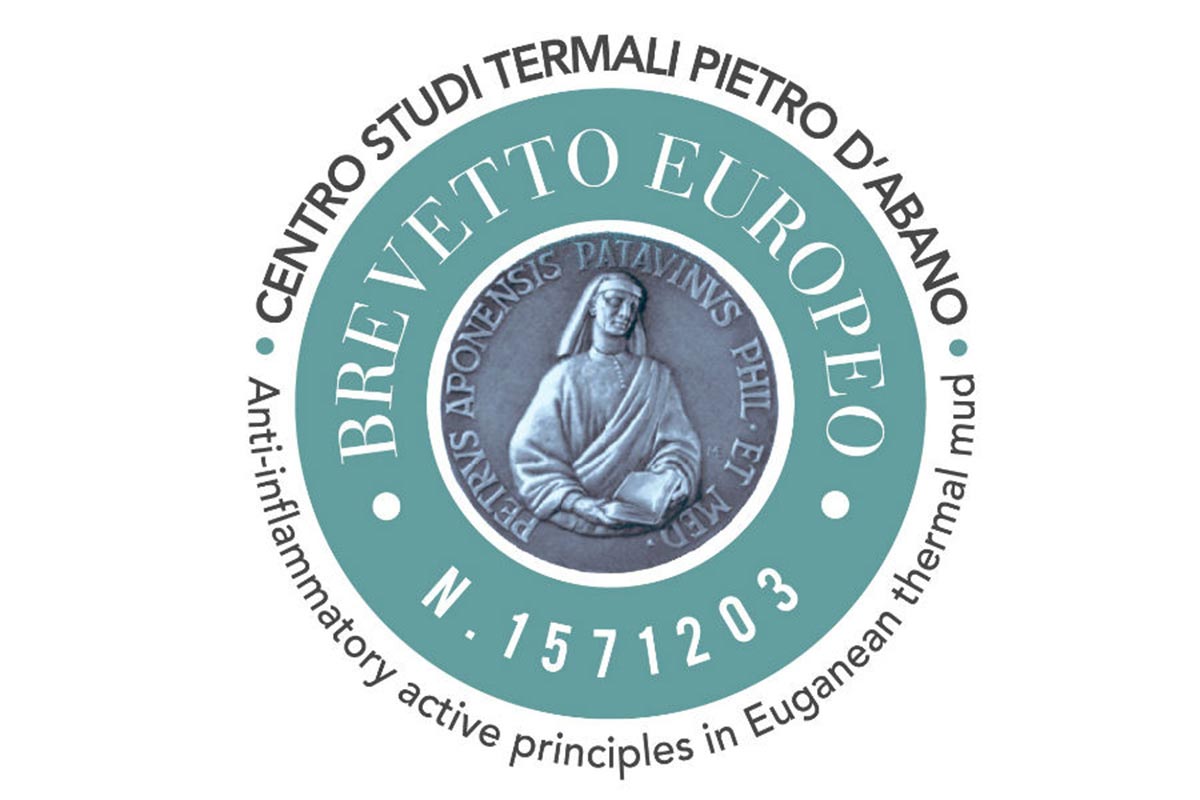 After more than 50 years of thermal hospitality, I looked back and what I saw made me proud. This is why, in a quiet synthetic and maybe superficial way, I took the liberty to draw up a recap about what thermal scientific researches produced thanks to the commitment and with the contribution of hotels’entrepreneurs like me.

Few weeks ago, this article was published during the International Phlebology Conference at the AbanoMed. The title sounded more or less like this: thermal water is a cure-all for varicose veins and it is excellent for all kind of vascular therapy in general.

But our thermal mud has his European licence since 2013: the anti-inflammatory capacity of the Euganean thermal mud, due to the presence of particular microorganisms such as cyanobacterium Phormidium SP ETS05 (from Euganean Thermal Spring) – registered at the Pasteur Institute in Paris – obtained in 2010 in Italy (patent n ° 0001355006) and in 2013 in Europe (patent n ° 1571203), the registration of a Licence, unique in its kind, which justifies its classification as a natural medicine.

Always going back in time, there is a study of 2007 about healthy effects of mud-bath therapy related to fibromyalgia: the Institute of Rheumatology of Padova, with those of Siena, Napoli and Cagliari, planned a polycentric study about the effects of spa treatment in fibromyalgia, the disease of painful women, highlighting the balneotherapy’s favorable effects with an extensive literature.

Going back, we can get to 2005 where there was an article with a captivating title affirming: the thermal mud nurses better than cortisone. The article appeared after a study led by the Doctor Carlo Andreoli of the Department of Biology of the University of Padua.

But if we want to talk about history and precisely about the thermalism’s history, that one of the Euganean thermal baths is certainly the oldest one with full of incredible, unique and original testimonies about the therapeutic capabilities of Euganean thermal mud, written and reported in fascinating ancient prints.
When Plinio the Elder declared  “In nulla enim parte naturae maiora sunt miracula quam in thermis”, in Abano and Montegrotto’s territory there was an intense thermal activity, quoted by many historical sources and supported by the numerous archaeological evidences found in the area.

Nowadays, the Euganean thermal mud is made by two main components: the mud, taken from the small Costa Lake in Arquà Petrarca, and the thermal water with all its underground memory. Preventive health is the goal of our thermal protocols and the treatment’s antalgic benefits of joints’ inflammation, after a cycle of thermal treatments, last many months and gastro-lesioned effects of normal anti-inflammatory medicaments are completely absents. We are therefore talking about a natural product whose therapeutic nature is not just empirical but even linked to science and research thanks to the Pietro d’Abano Thermal Study Center, now managed by Doc Caldara.

A red thread connects Valentine's Day and Giacomo Casanova..it's the thread of Love to celebrate at AbanoRitz Next post