Artists in the Ugly Duckling: an extraordinary explosions of creativity

De Gustibus10 November 2017Comments Off on Artists in the Ugly Duckling: an extraordinary explosions of creativity 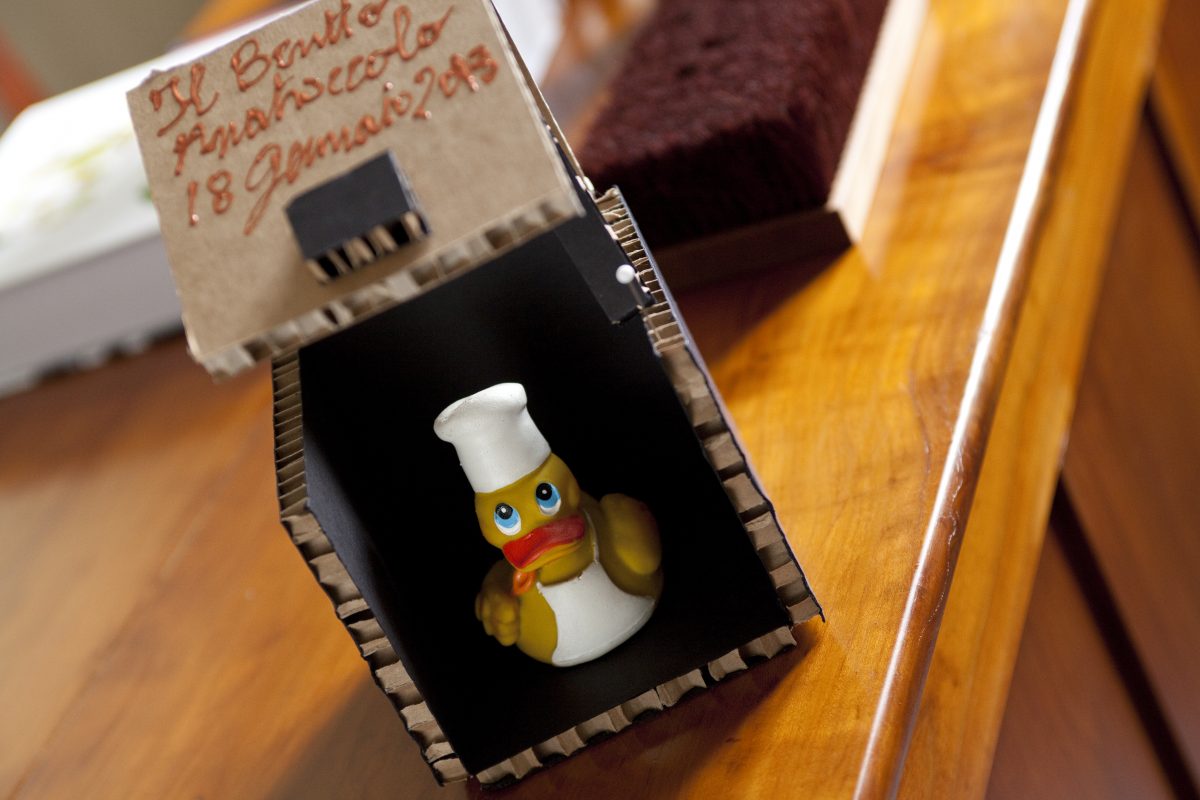 Our “The Ugly Duckling” à la carte restaurant opens to art and culture and becomes a venue for artistic events and exhibitions thanks to the collaboration with the Artistic Cultural Association Domus Artis.

The Association operates under the patronage of the Municipality of Abano and is very active in the field of cultural promotion and in the organization of art exhibitions such as “Abano – Le terme dell’arte” and “Abanoarte”. Over the next few months, some of its artists will showcase at The Ugly Duckling. They will alternate every three weeks, working in dialogue between dishes, cutlery and… ducks!

…Of food and other stories

Our restaurant, on the other hand, is an extraordinary explosion of creativity since its very establishment. Artist Walter Davanzo personally cared for the design of the environment, guided by the passion for second-hand objects and for the aesthetics of the “apparently not beautiful“.

The furniture and the walls have come to life thanks to the painting, the writing, the use of paper and recycled materials, combined with vintage pieces and small objects scanned in the markets: materials that can tell him a story, so that he could narrate it again by adding his own.

Domus Artis is an association for social, cultural and recreational promotion, enrolled in the municipality of Abano Terme since 2013. They organize two mail events: “Abanoarte”, which, since the year of its establishment, brings its artists to exhibit their works on weekends in the streets of the center of Abano Terme and, most importantly, the one called “ABANO – Terme dell’Arte“, which this year came to its XI edition, curated by the president Patrizia Barbiero since 2007.

“ABANO – Le terme dell’arte” supported the exhibition of works by artists from all over Italy, France and Germany and has always worked in collaboration with the municipality. The appointment is always on the last weekend of September in the city’s pedestrian zone and is enriched by a competition that rewards the best painting and sculpture work.

The yearly history can be seen at www.abanoletermedellarte.it.

The artists on show 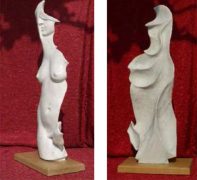 From November 3 to 20, it will be the turn of Cristiano Gastaldello, a professional sculptor who will exhibit two Carrara white marble sculptures.

After graduating from the Istituto d’Arte, Gastaldello has gained numerous other artistic qualifications. His professional profile does not describe the artist, but he clarifies the great knowledge of solid matter – stone and wood – and the absolute familiarity with his work, without which a talented artist could not propose himself as a sculptor.

Winner of many awards in Italy and abroad, his works have been appreciated and bought all over the world. He also works on commission, but he loves to experiment and try new artistic paths.

Since 2008, he has undertaken an individual study of human anatomy from live subjects, in order to design furniture. The artist creates a passionate and ethereal approach to his works, where the canon of harmony is overtaken in overcoming duality.