Venezia is a woman

abanoritz31 July 2020Comments Off on Venezia is a woman

“Venezia is like a woman. Everything that will be said about her will be true.”

The AbanoRitz, as you know, has a matriarchal tradition since four generations and we could not miss talking about the series of Daniela De Rosa on permesola.com: e-books that show the feminine side of the world from city to city. Special attention to “Venezia is a woman”: this city so close to us and that always reserves us full of surprises. In one of the episodes of Gloria in our blog, Ida Poletto, director of AbanoRitz, already talks about a visit discovering a libertine Venezia.

Venezia is clearly a woman with its fish shape or, maybe, a mermaid tail gently lying in the waters of the Lagoon. But if you think about Venezia, the first names that come to the mind are definitely Marco Polo and his travels, Casanova and his adventures, Vivaldi and his music, Goldoni and his comedies: all men. Yet the Serenissima is a city of free, intelligent, libertine, elegant and nonconformist women; women who made Venice great and who, as history teaches, always had a strong character, love for themselves and self-respect. 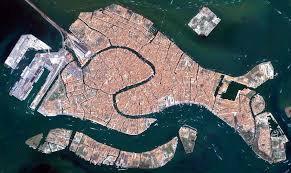 So we want to remember some of these amazing women:

Veronica Franco, the most famous courtesan in Venice. She was introduced to this “art” by her mother, but quickly distinguished herself for her strong personality and her grasp. This allowed her to get in touch with the men of power who opened her the doors of the most important literary circles in the city. In the Renaissance period, it was not well seen for women to read and nurture themselves, except for the courtesans cause they had to know in order to be able to better entertain the clients. Many the women who, jealous of Veronica’s charm and abilities, were taken by envy; many the times that Veronica had to defend herself, during the Inquisition, from the charge of witchcraft; but the dress does not make the monk and the courtesan never folded. 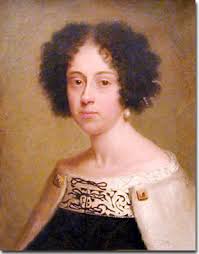 Elena Lucrezia Cornaro, the first graduated woman in the world. Born from the scandalous relationship between the rich prosecutor Giovanni Cornaro and Zanetta Bon, a woman of lower extraction, Elena was a girl so modest to even consider spending her life in a convent, but the passion for study prevailed over everything. At the time, studies were a male exclusivity and the church denied her the permission to study theology. This is how Elena Cornaro graduated in philosophy, with a thesis about Aristotle, in June 1678 in Padova. She died at the age of 38, after having established the first university chair in mathematics, and she is buried at the Church of Santa Giustina, which faces Prato della Valle, the largest square in Europe.

Elisabetta Carminer Turra, the world’s first female journalist. Born in the middle of the 18th century between books, papers and ink, she grew up with this work in her blood, as did her brother Antonio too. With the help of her father she collaborated with “L’Europa Letteraria”; the 18th century is a period of great rebirth for Venezia in literary activities and other cultural activities on information. It was in this way that she founded “Il giornale enciclopedico” in 1774.

Eleonora Duse, actress symbol of Italian theater  and Venetian in the heart. Chioggia’s father gave her the Venetian soul that made her attend Venice also for her work and especially for her big love: Gabriele D’Annunzio. Her acting brought a revolution in the theatrical world: a questioning of the bourgeoisie through the themes of sex, family, marriage and money, without forgetting the theme of the role of women in society of that time. For this reason, Duse appeared natural, water and soap, without masks or makeup: in all her beauty. 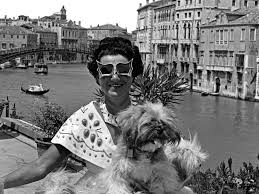 Peggy Guggenheim, the last “Dogaressa” of Venice. Intelligent and sensitive woman, collector and patron, protector of all forms of art. An international figure who wrote an important page in Venetian history; invited in 1948 to exhibit her collection at the Biennale, she felt in love with Palazzo Venier dei Leoni, buying it and turning it into a house-museum.

Venezia, a few kilometers far from the AbanoRitz, therefore always finds different ways to amaze us, to intrigue us, to captivate us; the AbanoRitz Family cannot wait to welcome you, to give you best advises and so organize dreaming days.

Come to visit us!

Euganean Hills have the scent of Joy Previous post